Wolverine Studios’ Draft Day Sports Pro Basketball 2019 is a Management, Sports, Role-Playing, and Single-player video game. In this edition, you play the role of a professional general manager tasked with establishing a basketball club and overseeing all activities in order to bring your team to the brink of greatness. You’ll be making decisions in the game concerning drafting all of the world’s players, trade and substitution, and the inclusion and exclusion of other members.

To make an informed judgement, look out the numbers, records, ability, and other techniques of each player before adding them. While playing the coach’s role, create new plans, make strong relationships with the players, and schedule several training sessions, enjoy being a part of a franchise, and take use of fantastic features such as detailed graphics, an instructive theme, and point-and-click controls. 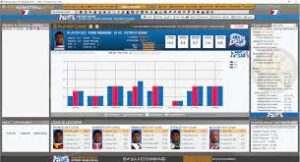 Wolverine Studios’ Draft Day Sports: Pro Basketball 2018 is a single-player management, role-playing, sports, and basketball simulation video game. There is a need to win the championship, but first you must manage your club’s entire operation, including drafting, naming, financial activities, and the large number of players to be hired.

As a basketball club manager, you have dozens of chores to complete, and your goal is to reach the maximum levels of success while organising numerous sectors of the organisation. Hire people with more experience and skills, travel to different countries, and play the game in a variety of settings, including at home and overseas. Make a lot of decisions based on your preferences, establish tactics, and take charge of the firing method. Stay with the team, set goals to everyone in the club, and win all of the games through teamwork. 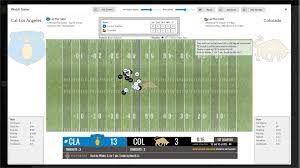 Wolverine Studios’ Draft Day Sports: College Football 2021 is a sports, football simulation, management, strategy, and single-player video game. The goal of this edition is to take on the position of head coach for your favourite college football team, making choices about the team, managing all club operations, and leading your team to glory. While simulating over here, choose the best players, look for talent within the school, assemble competent players, and recruit professional players and staff. Also check Vola Sports Alternatives

Make strategy before each match and attain your goals by training your players with distinct skills and incorporating a range of tricks into their game plan. Participate in many events, tournaments, and leagues, tour other teams, gain experience facing pro-clubs, and ultimately win the championship. Realistic graphics, point-and-click controls, custom-made profiles for players, and ease of play are among the game’s features. 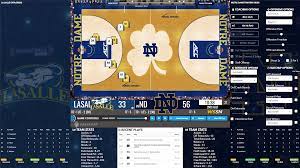 Wolverine Studios’ Draft Day Sports: College Basketball 2021 is a single-player management, role-playing, basketball simulation, strategy, and management video game. This version’s theme places you in the role of head coach of a collegiate team of your choice, and you must oversee all of the team’s activities and operations. You can even engage in shady selection, or you can be pure at the time of selection, set up meetings to fix the pairings, and exclude all subjects.

Create the best team by recruiting talented lads, gathering cheerleaders, training the players, and making scouting and substitution decisions for the pros. With strategy, tactics, and planning, you can overcome your opponents while also collecting wonderful rewards and becoming the champion. 3-Dimensional graphics, enthralling texture details, a realistic representation of a basketball court, hundreds of players, unlockable levels, character modifications, straightforward controls, and incredible soundtracks are among the features that have been introduced. 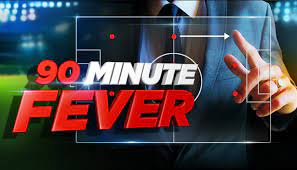 Football Soccer Manager – 90 Minute Fever Isokron’s MMO is a sports, management, single-player, and multiplayer video game. The user must construct and manage a soccer team, similar to other management games, with the main duties being to sign players and compete against a community of managers.

To set himself apart from his opponents on the field, the player must modify his club’s logo and kit colour. As a manager and seasoned master, the player must recruit individuals that can develop the squad and propel it to the top of the league. The career mode in the 90 Minute Fever game begins with the player having nothing, but by the time he finishes, his name is known throughout the soccer world as the master. In competitions such as the World Cup, League Cup, Weekly Competitions, and others, the player can control a national team and international teams. 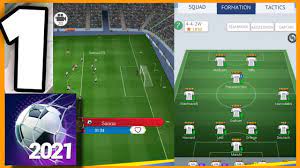 GameGou Ltd’s Top Football Manager 2021 is a Sports, Management, Single-player, and Multiplayer video game. Throughout the game, the player has the chance to coach his favourite soccer team to victory. The player must develop a team with specialised skills and devise strategic formations against real-life opponents all across the world.

Immersive 3D graphics and the best faculty approaches in the game allow the player to experience a new coaching life. The gamer can control his eleven players or wager on other league matches. Every goal scored on the field is a step closer to victory. As club leader, the player must be able to modify player lineups and react quickly to the opponent. 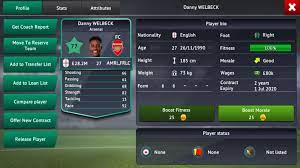 Crazy Sports has released Soccer Manager 2019, a sports, strategy, simulation, and single-player video game. Throughout the game, the player assumes the role of a manager in charge of an eleven-member squad on the pitch. The player must choose a soccer club and put his managerial talents to the test against the greatest lower-division clubs in order to win. Also check ZenSports

Over 800 clubs from 33 countries compete in the game, including European and South American leagues. The player is in charge of everything from training sessions to the development of the club’s infrastructure as manager. To avoid eating the same apple, the player must be involved in squad selection and change strategies. 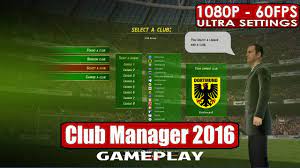 Big Blaze Games’ Club Manager 2016 is a sports, strategy, simulation, and single-player video game. As a manager, the player is responsible for a variety of important activities, such as contracts, sponsorships, stadium upgrades, training sessions, and so on, as well as polishing the team’s future. The game includes an integrated editor that allows players to construct their own team as well as edit jerseys, players, and club names.

Another key responsibility of the coach is to make tactical judgments and select the correct player, as he must have superstars on his team. The coach must be clever and attract soccer fans to grow his domain from a modest soccer field to a full-fledged stadium. Another important factor is a dominant tactic that the athlete can change from a defensive deadbolt to a battering ram on the field. The game has given the player the ability to organise custom tournaments and invite major clubs to compete in order to reach to the top of the leaderboard. 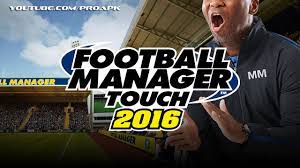 Sports Interactive’s Football Manager Touch 2016 is a Sports, Single-player, and Multiplayer video game. Throughout the game, the player assumes the role of manager of a soccer club, with the primary goal of overseeing all of the club’s facilities and leading it to eventual victory. It is not an easy undertaking, and the player must spend time strategically controlling everything.

A significant number of official teams as well as several more well-known clubs have participated in the game. The player can lead any team and must earn victory in order to advance in rank and smash all records. To enhance his strategies and polish talents, the player must participate in all league events and major contests. 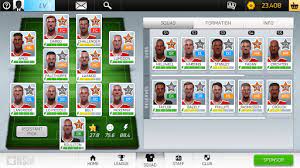 Five Ace Publishing has released New Star Manager, a sports, management, strategy, and single-player video game. In this soccer game, the player takes on the role of team coach and is responsible for all aspects of the club. The key responsibilities include creating lineups, signing star players, negotiating sponsor agreements, establishing training facilities, and training players.

The gameplay is simple, for example, the virtual joystick at the bottom left of the screen allows the user to move the figures across the screen. At any given time, the player has control over all of the team’s members. If the ball falls into the enemy hands, the player must be quick in moving the ball to other teammates; snatching the ball becomes difficult. Different Playable Teams, Different Tasks, Simple Gameplay, and Strategical Gameplay are some of the major elements of New Star Manager. 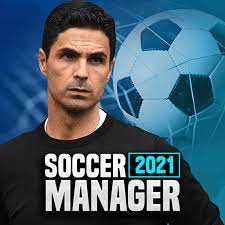 Soccer Manager 2021 is a Sports, Management, Strategy, Single-player, and Multiplayer video game for many platforms developed by Soccer Manager. The player’s aim as a soccer manager is to help his team win the competition and become the best team in the globe. To win every tournament, the player must possess exceptional qualities. Also check Esports Grandstand

The athlete must first choose a team from among more than 800 teams in 33 nations. Another key responsibility is to hire all of the greatest players for each match. The factors that can lead to ultimate victory include strategic lineups and smart work. The player must make critical decisions that will affect the team’s performance and outcome.